-So Night Beats.Why have you chosen that name?

-Two of you have their roots on Texas but you all live and record in Seattle. Is it easy to produce the characteristic Texas sound that your music has in a city that is mostly known for its Grunge music scene?

We don't focus on that shit and people won't stop talking about that. We play soul.


-Are there any albums that have affected your music the most?

-Your full lenght album was a total blast. What feedback are you receiving so far?

That apparently we are a 60s band or something. We were born in the 80s so just cause we might be trippy or play rock n roll different than the average teen punk green day fuck doesn't mean we are trying to be vintage. 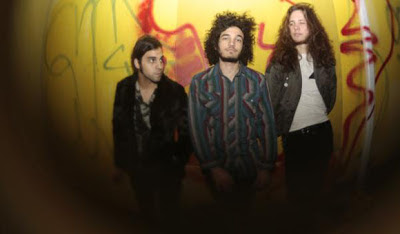 -You have also released material on tape.Why have you chosen that format?

Well release on as many formats as possible so that people have a choice. In the states my friends all have cars with tape players.


-You have shared the stage with some really great bands and artists,like The Black Angels,Jesus & Mary Chain,Mark Sultan etc.Was it really fun to co-exist with all these?


-You show in last year's Austin Psych Fest was a great surprise. What can you tell us about this experience?

-May I ask about UFO Club? First of all the album is just AMAZING!Tell me about this collaboration with Christian Bland


I've only played with them live but Christian is a really fun musician to play with. He has great ideas! Him and Danny wrote all the songs and Bob Mustachio plays the drums it's easy with these people.


-During this period you touring over Europe.How it is so far?


It's been good seeing who's into us and what we can get away with out here. Right now I'm at a cafe in Bordeaux while our van is at a mechanic. We've been push starting it and this is like our only day off. But we aren't tired yet. 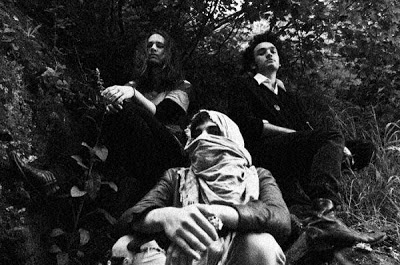 -What shall we expect from Night Beats in the closest future?

Asa llama lakers ,won love, heat, slime, arrogant erosion blowing coca cola through your a/c made em skip out on their rent and got evicted to the seventh layer of taco hell, tell your mom when you heard this you peed permant ink graffiti and no you gotta clean that shit up! -Tarek Wegner